The idea that people with intellectual disability had both the right to self-governance and should be provided supports that enhance their self-determination emerged from Scandanavia in the late 1960s with the pioneering work of people like Bengt Nirje and Niels Erik Bank-Mikklesen on the Normalization Principle, so it is entirely appropriate and unsurprising to see discussions pertaining to self-determination, high expectations, citizenship, and human dignity continue to be raised and discussed in forums such as this. The essays in this volume examine issues of self-determination in the context of how people with intellectual disability are portrayed in media, active citizenship, and the right to be free from coercion and force.

I had the privilege of speaking in Oslo at a conference in 2013 titled Inherent Dignity, Equality, and Rights, and it is these themes, of course, that were at the heart of the Normalization Principal and that bind together the essays in this issue.  I noted in my remarks at that time that in preparing for that event, I was struck by the notion of “inherent dignity,” despite the fact that I was already well aware of the term from the Convention for the Rights of People with Disabilities.  Think about what these words mean.

When we claim the inherent dignity of people with intellectual disability, we are staking out a claim for their innate, immutable worthiness. Do you realize that most of the people in the world would question that claim?  And yet, in a quarter of a century’s work in defining, operationalizing, and researching issues pertaing to self-determination and in writing about the history of intellectual disability, I have come to believe that the fundamental injustice committed against people with intellectual disability throughout time has been to deny them the dignity afforded to persons simply by their status as human beings.

Being self-determined means acting volitionally in one’s life.  Volition implies conscious choice based upon personal preferences.  We have talked about self-determination as acting as the causal agent in one’s life; that is, people making or causing things to happen in their lives, rather than someone else making or causing things to happen to them.  The fundamental realization of the Normalization Principal was that people with intellectual deserved, based upon nothing more than their status as fellow human beings, to be enabled to live self-determined lives.  People with disabilities themselves equate self-determination to living lives with opportunities, freedom, dignity, and respect.

And, finally, coercion and force—what is this about other than the efforts and procedures others use to force their will on people with intellectual disability?  Think about it.  For decades we’ve known that problem behavior has a communicative intent.  And, what is such behavior trying to communicate?  I don’t want to do that. I don’t want to do that with you.  I don’t want to eat that. I don’t like that person. I would argue that what is being communicated by the vast majority of problem behavior/actions invovles efforts to express personal preferences.  When a person is never heard and never listened to, sometimes that person has to go to extremes to get his or her requests and preferences heard and acted upon.  Self-advocates in this article equated self-determination to making their own decisions.  So did the self-advocates that Nirje talked to almost forty years ago.  Participating in decisions that impact one’s life; expressing preferences and making choices based upon those preferences; setting goals for preferred actions and directions and working toward those goals; solving problems, big and small, in life—these are the actions of people who live self-determined lives; people who are causal agents and make things happen in their own lives.

And, those actions, in turn, are related to dignity and respect.  In my closing remarks during that conference in Oslo, I reflected on the life of a man—the adult son of two of my colleagues and a person with multiple and often debilitating disabilities—who had recently passed away unexpectedly, and who in large measure because of his parents’ advocacy, had lived a rich, full life despite of the many potential barriers to full inclusion in his way.  I was asked if I would deliver a eulogy at his funeral.  As I thought about what I might say to recognize a man whose life had influenced so many, I was reminded of the book Power of the Powerless by Christopher de Vinck, in which he tells the story of his brother, Oliver, who was born with severe, multiple disabilities. Writing several years after Oliver's death, de Vinck described Oliver as among the weakest, most helpless human being he had ever known about, but also one of the most powerful human beings he knew. De Vinck’s brother could do absolutely nothing independently, and yet he was responsible for action, love and courage.  Action on behalf of others in society who might be marginalized and deserve our advocacy; love that does not require reciprocation; courage to stand up and state what is right and to speak the truth to power.  As I prepared my eulogy, I realized that the most important lesson my colleagues’ son had taught me was not really about the possible lives people with severe disabilities can lead, that people with severe disabilities could live in their own homes or perform meaningful work or lead a full social life; all of which he had done. Those are important lessons, I know, but these lessons are really about the business of education or the rehabilitation business or the business of the myriad of professions that provided the supports that sustained Jay.   No, what I learned as I considered his impact on my life, was that I was not in the education business or the rehabilitation business, or any other business; I was, and each of us is, in the dignity business. By the quality of his character and the example of his life, my friend and colleague reminded me of the dignity of living full lives; lives rich with friends and family and the dignity of work and the security of home and the joy and gift that is each day. The dignity of self-determined lives.

We have work to do.  But it is work that matters.  We are, after all, in the dignity business. 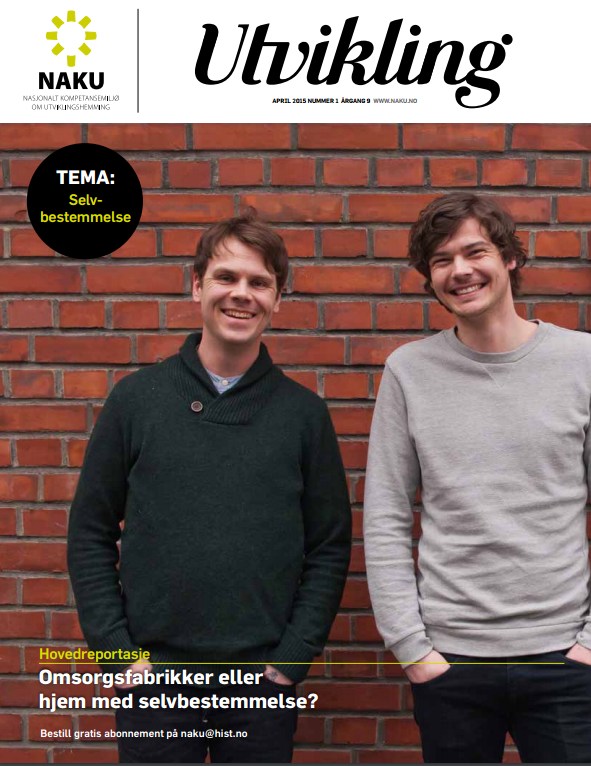